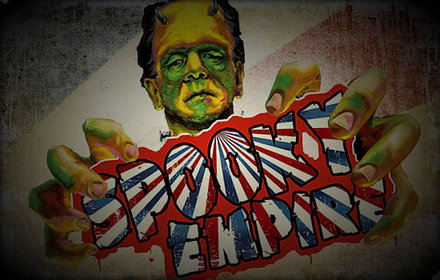 A Review by Rocco A. Quaglia

Ghosts and Goblins, Vampires and Zombies, Serial Killers and Space Aliens, Ghouls and Creatures from Every Corner of the Universe descended upon Orlando for the 2012 Spooky Empire Ultimate Horror Weekend.  Once again Petey and Gina Mongelli brought together the most freakish and awesome annual gathering of spectacles you can imagine at the Hilton Orlando Hotel. As a Professional Filmmaker and longtime Horror and Sci-Fi aficionado I am thoroughly amazed by the attendees, exhibitors and celebrities that attend every year as you will see in the photos on the upcoming pages.

Everything kicked off with the Zombie Walk where attendees walk in costumes outdoors in a ghoulish manner crossing the streets as drivers freak out.  This is quite a site for all to see.  Once in the Hilton there were festive decorations and amazing displays in the exhibit rooms.  The Mucklebone's Monster Museum was Spectacular, all the best figures in Horror Film captured as Wax
Figures. There was an Evil Puppets display, Tattoo Festival, Hearse and Creepy Car Show, Horror and Sci-Fi Merchandise Everywhere.  There were plenty of Celebrities, Photo-Ops, Film Workshops, Writing Workshops, Artists, Celebrity Guest Panels & Discussions, Music, Parties, and a Costume Contest too!

Rose McGowan well known Star of “Charmed” was featured on the Program Cover immortalized in her role in “Grindhouse”. Robert Englund well known Star of “Nightmare on Elm Street” was another attending guest who also received the Lifetime Achievement “Freaky” Award from the Freak Show Horror Film Festival.  Some other Special Guests included the Cast of “Nightmare on Elm Street 4”, the Cast of “Zombie”, Tyler Mane from “Halloween” and many more.

So Mark your calendars for next year as this is an annual ritual.  We are talking Gallons of Red Curdling Blood, Hundreds of Skeletons, Thousands of Skulls, Weapons of Every type to Battle Demons from Beneath and Beyond, Monsters and Ghouls that will
make you Cringe, and let us not forget the Delightfully Sexy Vampires and Aliens around every corner.  You’ll see all this and more on the Video Screens, Exhibition Halls, Ballrooms and Standing Next to You as you Scream in Terror or utter Amazement.

To find out more and order tickets for the 2013 Spooky Empire Ultimate Horror Weekend go to www.SpookyEmpire.com today.

To find out more and order tickets for the 2013 Freakshow Horror Film Festival hosted by Robert J. Massetti go to www.FreakShowFilmFest.com today.

Hope to see you there; I’ll be in the front row with my camera.  Happy Halloween! 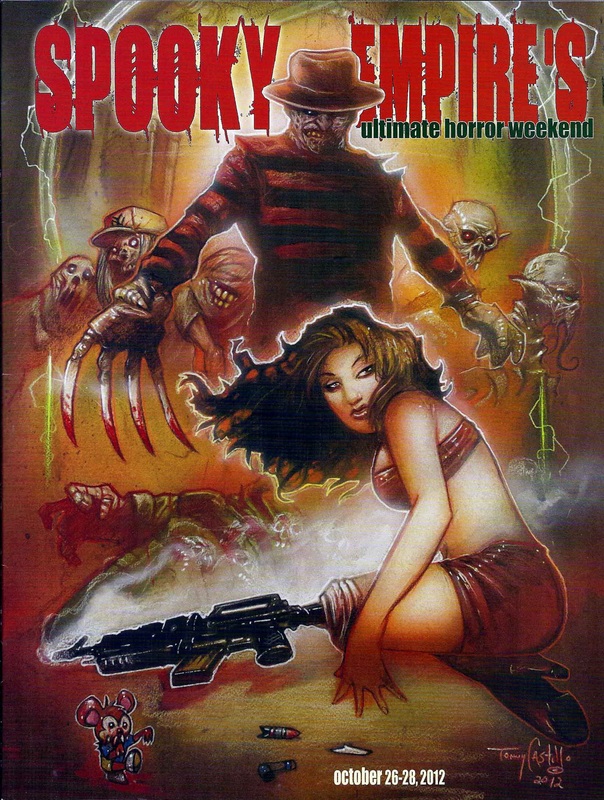