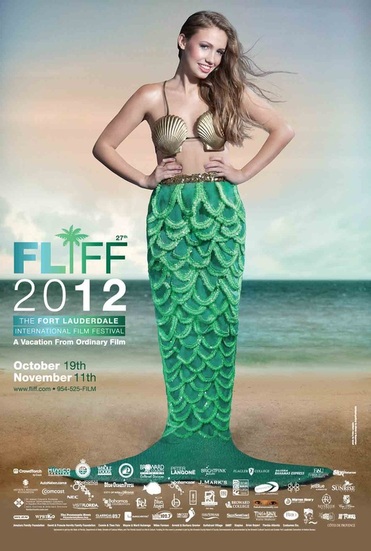 The 27th
Fort Lauderdale International
Film Festival
2012
A Review by Rocco A. Quaglia


2012 marks the 27th year of the Fort Lauderdale International Film Festival (FLIFF), being an attendee since the early 1990’s.  I find FLIFF to be the “Best Film Festival Around”.  The Fort Lauderdale International Film Festival is the longest film festival in the world (Guiness World Records) and has perhaps the most extensive outreach of any festival in the US.
FLIFF is headquartered at Cinema Paradiso in Fort Lauderdale running
films all year. Membership is open to everyone and should be considered mandatory to all film makers and film buffs of all ages. The Fort Lauderdale International Film takes place annually in Fort Lauderdale during October and
November and has expanded to Grand Bahamas Island in October, Daytona Beach in November, St. Augustine, Amelia Island and St. Mary’s, Georgia January 17-20,2013.  For more info on membership and the festival go to www.fliff.com or call (954) 525-FILM.
This year’s festival included many celebrity guests including James Caan, Dabney Coleman and Carroll Baker whom were honored with Lifetime Achievement Awards.  Garret Dillahunt (Raising Hope) and Bailee Madison (Don’t be Afraid of the Dark) were honored with Star on the Horizon Awards.  Molly Parker (Deadwood), Steven Bauer (Scarface) and several other celebrities and many directors and producers were also in attendance.  Everyone had a great time as there were many parties, meets & greets and then there were many, many films, over 250 indie films accompanied by most of their filmmakers.  Only having enough time to see a few I had let you know about these that I enjoyed and I hope you will get to see too.
“Stuck” a delightful comedy Written, Produced & Directed by Stuart Acher, starring Joel David Moore (Avatar, Dodgeball) and Madeline Zima who doubles as Executive Producer. It’s the story of a couple after a one night stand that can’t remember much and get Stuck in a traffic jam.  Using flashbacks by both actors Acher puts the puzzle together.  We’ve all been there maybe now you’ll remember too!
“The Playroom” a dark comedy or drama, you decide.  Director “Julia Dyer” (Late Bloomers) takes us on a rollercoaster ride of sexual freedoms of the 60’s and 70’s in Suburbia.  We never thought of the kids until now.  Watch Mother “Molly Parker” (Deadwood) as a cheating wife, father “John Hawkes” (Deadwood) as a cheated upon husband, and daughter “Olivia Harris” as the sibling which must tend after the kids as her parents and the kinky couple carry on and on.  Superb acting and twists you’ll enjoy.
“Knuckleheads” comedy and a drama in one.  Director “David Karges” (Crumble) takes us through the tumble and tribulations of a former hotshot Realtor, husband and father Manny “Steven Bauer” (Scarface), to an out of work, out of control widower, and alcoholic.  He almost ends it all until he finds a job as a security guard and a friend named JP “Jamie Zevallos”.  JP is an unwed father to be, security guard trainer and life coach to Manny.  This film will make you laugh and cry.  Don’t miss it.
"Silver Linings Playbook" a wildly crazy comedy was the closing night's film.  An award winning cast makes this a must see!! Bradley Cooper plays Pat Solitano a down on his luck son with mental difficulties is stuck moving back home with his bookie dad "Robert DeNiro" and overbearing mom "Jacki Weaver".  If that's not enough he's falling in love with Tiffany "Jennifer Lawrence" who does a fantastic job playing a psychotic neighbor and dancer.  The story is good and the acting is great by the entire cast.  You'll want to see this one twice!!  Congratulations to the entire cast and crew for making this film so great.
Films Are Good For Your Health.  A Film a Day Makes Everyone Happy.  See You At the Movies!! 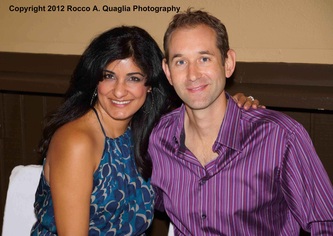 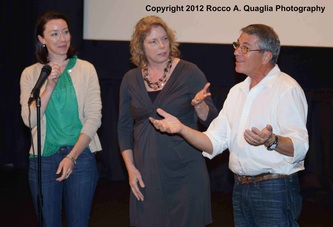 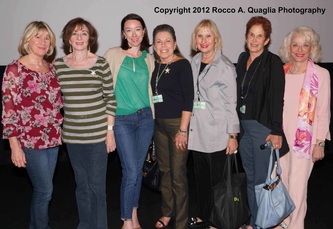 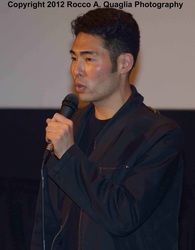 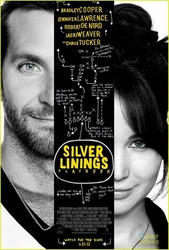