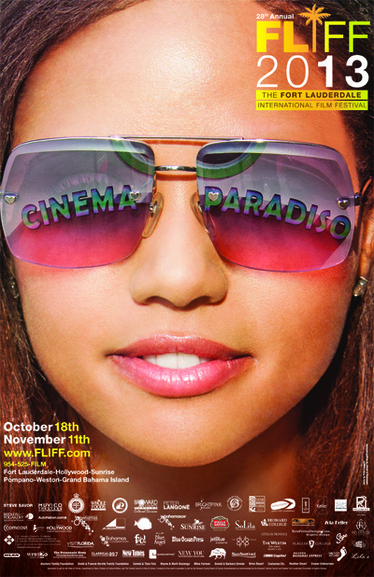 The Closing Night Film
WALKING WITH THE ENEMY

“This year FLiFF has one of the most exciting line-ups of films, special guests and events in the festival’s history.  We open and close with two captivating premieres.  The documentaries range from current world issues to comedy, and there are entries from over 35 countries including: Russia, Mexico, Spain, France, Italy, the UK and Canada.  We’ve raised the bar on two black-tie galas that are completely unique to any we have presented in the past,” commented Gregory von Hausch, President and CEO of FLIFF.

FLiFF honors special guests:  Anna Paquin, star of Free Ride, and Lea Thompson, star of The Trouble with the Truth, will be presented with Career Achievement Awards at the screening of their films.  Tab Hunter, Ed Asner and Ann-Margret will receive Lifetime Achievement Awards at special events paying tribute to their luminary careers in film. This year the Star on the Horizon Award will be presented to two incredibly talented actors, Hannah Tointon and Jonas Armstrong, who star in FLiFF’s closing night film.  The FLiFF 2013 Vision Award will be presented to Ben Stassen, director of African Safari 3-D.

The Centerpiece Party will be held at the historic Maxwell Room in downtown Fort Lauderdale.

Closing weekend is The Inaugural FLiFF Chairman’s Awards Gala, at Westin Diplomat Resort, with a live performance by multiple Grammy Award winning artist, Michael Bolton and a special presentation Lifetime Achievement Award to the multi-talented actress, Ann-Margret.  Ann-Margret has received 5 Golden Globes, an Emmy Award and was twice nominated for an Oscar® for her roles in Carnal Knowledge and Tommy.  Also receiving honors that night are Hannah Tointon and Jonas Armstrong of Walking With the Enemy,  3D pioneer and industry leader Ben Stassen,  plus community leaders Linda Carter of The Community Foundation of Broward, which administers The Mary N. Porter Legacy Fund, and Austin Forman representing The Forman Family Foundation.

Tab Hunter, one the hottest stars of Hollywood’s golden age, will receive his award after a moderated Q&A and prior to the retro screening of Polyester.   Hunter is remembered not only for his roles in such great films as Damn Yankees but, for his singing career as well (Red Sails in The Sunset and Young Love).

Ed Asner’s Award Presentation will take place after his performance of a scene from his one-man show FDR and a moderated Q&A.  John Fingal O’Donnell’s short film A Man of the World and Brian Connors’ Good Men, both starring Ed Asner, will also be screened.

FLiFF opens and closes with premieres of two films based on true stories.

Set to kick-off the festival on October 18 is the Southeast Premiere of Free Ride.   Actress, Anna Paquin, who won the Oscar® for her role in The Piano and writer/director, Shana Betz, will be in attendance.  Free Ride is Betz directorial debut and is based on her childhood in Fort  Lauderdale. October 18 also happens to be her birthday.  In Free Ride, Anna Paquin stars as a single mom caught up in the Florida drug trade during the late 1970s while trying to make a better life for her two girls.

The World Premiere of Side Effects of Barry, directed by Amy French, has been selected as the opening night short film, screening prior to Free Ride.  A comical play on love and pharmaceuticals, Barry can make a difference for many women in just one week but, may include side effects.

FLiFF’s Closing Night Film on November 10 is the Southeast Premiere of Mark Schmidt’s Walking with the Enemy, an unforgettable film of love, war, and sacrifice, which is sure to inspire and touch audiences. Starring Hannah Tointon and Jonas Armstrong, who are expected to attend, Walking with the Enemy is based on a true story and heroic life of a young man swept up in the horrors of WWII.  Separated from his family during the German invasion and occupation of Hungary, he is determined to find them and be reunited. Aided by the woman he loves, he disguises himself as a Nazi SS Officer and uncovers the truth of Hitler's 'final solution.'  In a race against time to save his family and thousands of others, he embarks on a journey filled with suspense and danger.

In contrast to the opening and closing films, FLiFF’s Centerpiece Film (on November 5) is the Florida Premiere of the sophisticated comedy Garibaldi’s Lovers, an entry from Italy-Switzerland.  The contemporary love story is a vibrant ride through a magical vision of metropolitan Italy, while at the same time casting a critical eye on modern life in the city. Widowed plumber Leo is struggling to deal with the growing pains of his two adolescent children, when his life intersects with penniless artist Diana and her eccentric landlord Amanzio. Through a hilarious series of coincidences, they give each other new hope for their futures - and for the city itself, so emblematic of our times.

Documentaries include:  Emmy winning Producer/Director, Robyn Symon’s Behind the Blue Veil, is the first exclusive look behind the crisis in the Sahara and exposes the government corruption and neglect of an indigenous people who may be the best hope for defeating Islamic radicals in the region.  Tim Phillips’ Lion Ark is a vivid behind the scenes account of the world’s ambitious animal rescue ever undertaken.  Matthew VanDyke’s Not Anymore: A Story of Revolution features the story of the Syrian struggle for freedom.  Danny Holguin & Juan Carlos Echeverria’s Interrupted Destinies (Destinos Interrumpidos) after 26 years, two men discover they were switched at birth.  Samantha Grant’s A Fragile Trust tells the shocking story of Jayson Blair, the most infamous serial plagiarist of our time.  Liam K. Smith’s Ian Harvie Superhero showcases the gender-bending comedian in his first stand-up comedy concert film.

Returning feature filmmakers include:  Isaak James with his feature By Way of Home about family, friendship, love and the elusive American dream and Paul Osborne with his thriller Favor.

Films with local color include:  Brit Primask’s documentary Taking Charge: The Pauly Cohen Story about big band era trumpeter who, at 91, has his own big band in South Florida; Daniel Griffith’s film They Came From The Swamp: The Films Of William Grefé relives the classic drive-in flicks, like Stanley and Mako: The Jaws of Death, by the Miami-born writer/director/producer; George Schellenger’s and marine wildlife artist and conservationist, Guy Harvey’s remarkable adventure documentary Tiger Shark Express.

FLiFF’s last day, November 11, salutes our veterans and active duty service men and women with free admission to screenings, including the Florida Premiere of the Unclaimed.  This documentary, about a missing U.S. Serviceman who was discovered living in Vietnam decades after the war, will be preceded by two veteran themed short films, The Case and The Letter.

Screenings of films will take place at:

The film and events schedule and advance tickets are available online at:  www.FLiFF.com or call 954-525-3456.
Get the free FLiFF APP at iTunes or Google Play.

FLIFF On-Location: Grand Bahama Island begins Tuesday October 29, 2013 with a cruise from Palm Beach to GBI aboard the Bahamas Celebration.  Everyone gets their own cabin and the dining is fabulous!  The ship docks the morning of Wednesday October 30, 2013 and attendees are taken to the Pelican Bay Resort.
Opening Night takes place Thursday October 31, 2013 at Taino Beach.  Films will be shown at Canal House from Friday November 1, 2013 - Sunday November 3, 2013 with a Wrap Party set for Sunday at 3:00pm.  The Ship departs that evening and at 8:00am Monday November 4, 2013 you’ll return to Palm Beach.  Prices vary and tickets are going quick so Book Your Vacation From Ordinary Time Today.

FLIFF On-Location: Saint Augustine FL  begins Thursday January 16, 2014 with a 7pm Opening Film at the Lewis Auditorium and an Opening Night Party at the Upper Ballroom of the Lightner Museum.  More details are available from FLIFF.

Membership is open to everyone and should be considered mandatory to all film makers and film buffs of all ages.
For more info on Membership and the Festival Films go to www.fliff.com or call (954) 525-FILM.
Website Produced and Copyrighted 2012 - 2021 by Pisces Multimedia Services, Inc.